Why Nostalgia Marketing Works So Well, And How Your Brand Can Benefit!

As years pass by, we all develop a feeling of longing for our younger days.

Be it the memories of our favorite cartoon, the games we played, the food or the music - it always brings a smile on our face and provides us that comfort and warmth.

But never knew that this feeling of nostalgia can actually benefit a business, not just in increasing sales but creating a long lasting impact of its brand. 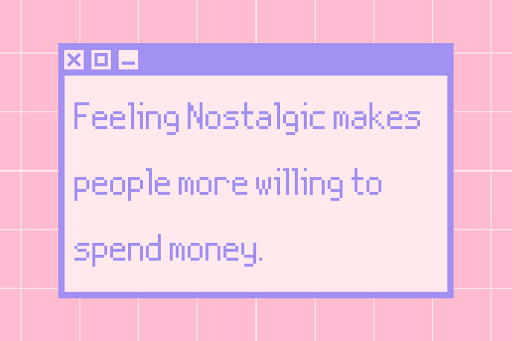 We are all aware how emotions aligned with marketing results in better business strategies but tapping into fond memories can also be a crucial tactic - Nostalgia Marketing. Some scientists, just as curious as you are right now, decided to dig deeper into the matter to actually understand what the hype is all about.

Here’s a glimpse to this powerful marketing trend including the whys and hows.

What is Nostalgia Marketing? 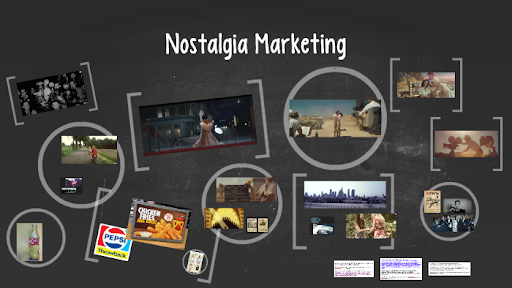 If you want to understand or relate to nostalgia marketing more, then what better example than the most interactive mobile game that’s taking millennials by storm - Pokemon Go!

The Pokémon Go owners tapped into a very soft spot of every other man out there. This app offers a powerful combination of nostalgia with modern relevance, hence becoming the nation’s favorite.

Nostalgia marketing reminds users of their yesteryears giving that quick connection with your brand. It forms a natural bond with the brand as it invokes a feeling of warmth.

Such compelling blasts from the Past, reach the customers on an emotional level and hence create a deeper impact of your brand and its products.

Here's a list of brands that use nostalgia marketing in the favor of their businesses and receiving better results.

McDonalds tied an undeniable level of longing and nostalgia with its chicken nuggets ad.

Reminiscing viewers of all the activities that they might have performed as a child such as playing basketball, video games or with their pets - they very smoothly swooped in with their message of the importance of eating healthy.

Here is the full video 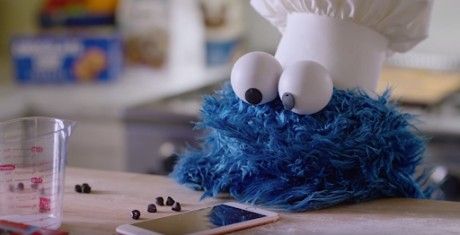 Well as always being the best, Apple introduced its hands free Siri by starring the cookie monster trying to bake a batch of its favorite chocolate chip cookies.

That’s exactly the kind of impact the ad created on the viewers and hence favored from all the nostalgic moments.

Remember the most iconic tennis match of 1973? If not, then here’s the insight.
In the era, where men were considered superior athletes and breadwinners, a tennis match took place between a proud male player and Billie Jean King (first female tennis player to play a match against a male).

King’s victory in the match proved that women are equally capable and led to women empowerment. Hence, breaking all the stereotypes.

During the match, Billie Jean wore a pair of blue Adidas and to celebrate her 45th anniversary of the win, Adidas launched a limited edition of BJK shoes with the initials and face of the female tennis legend on each pair. 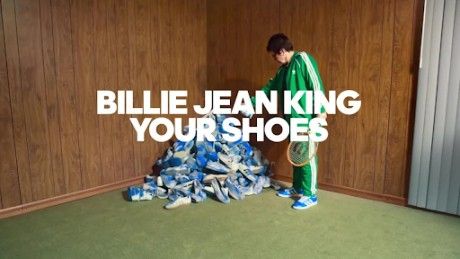 How To Use And Benefit Your Brand With Nostalgia Marketing

Here are some tips that can help you create a nostalgia campaign for your business and to stand out from the crowd.

Focus on the Buyer’s Persona

Instead of centralizing the campaign with just your mindset, try basing your research on buyer persona. Determine the Majority age group of your target audience and understand what things matter to them the most.

For example, if you are targeting the Millennials, your source of inspiration can be from the 90s and early 2000s. Or, if your audience is inclined towards Gen X, you may consider the disco loving, funky 70s.

Essence lies in the details

In order to capture the gist, it’s essential to get down to the details like music, fonts, colors and images right.

For example, In an Australian tourism ad, instead of just showing the beautiful locations directly, they disguised the ad with a reboot to the 80s film CROCODILE DUNDEE.
To actually capture the essence of the film, they had to include every single detail of the movie and its characters.

Owing to the copyright issues, you may not be able to license the use of characters, shows or even brands that you want from the past. But you can always Incorporate elements from any specific era in your campaigns to recreate look without overstepping.

Tell a story with your company history

Maybe like Mercedes or Audi, even your company started in a garage, or maybe began as a food stall. You can draw inspiration from your company's history and dictate a motivating yet nostalgic story to create a deeper impact.

Why is it essential now?

The past years have been filled with masks, working from home and social distancing. Burning people out, lockdown left no choice other than family entertainment and making more and more cherishable memories.

People found comfort in watching old films, TV shows and songs from their generation. To counter attack this boredom and loneliness, nostalgia turned out to be an effective way of coping in such situations.

This is why it has become most important for brands to collaborate with nostalgia marketing now more than ever!