Developing a mobile app has never been easier ever since cross-platform frameworks came into the picture.

But there are so many options today that it is easy to get lost in choosing.

And so, we have picked the best cross-platform mobile app development frameworks and to reduce the long list.

Let’s begin, React Native and Flutter are neck-and-neck. While the latter is a newer release, React Native is pretty established.

According to a report published by Statista in 2022, Flutter only rose in popularity in 2021 while React Native was THE favorite cross-platform framework among 42% of software developers for years before that. 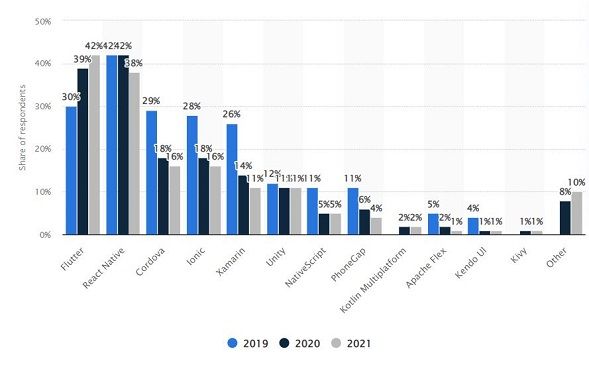 What performance parameters tip these numbers?

The same ones that help you decide which frameworks to use for your mobile app. Performance, design capabilities, multi-platform compatibility, and so on.

These days, many software developers work with more than one framework to get the most out of their applications.

Do you have an app to develop? Not sure which framework to begin with?

The latest update, React Native 0.66, came back with Android 12 and iOS 15 compatibilities. You still use JavaScript and React parts to develop UI across all platforms.

Since Uber and Facebook are using it, it is safe to say that React Native is still pretty popular in the market. If you are looking to make a large-scale app for global usage and easy interface, pick React Native. 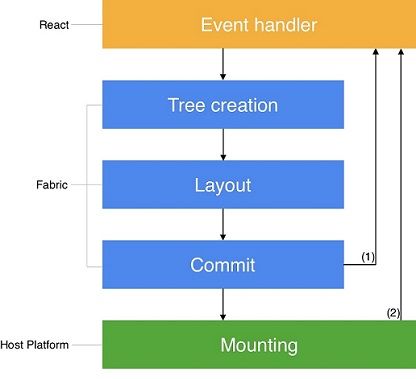 The list of React Native famous apps just keeps rising with Walmart, Instagram, SoundCloud Plus, Airbnb and so on.

We have a good grip on its structure, having developed React Native apps for over 13 years.

If you want to begin learning now, you can check out React Native’s detailed website.

Instead of converting iOS to android, develop Android and iOS apps using one code?

The choice of language is Dart, also by Google.

It is open source and has tons of tools in its Software Development Kit (SDK). Since it is cost-effective and easy to use, developing an MVP becomes more straightforward. 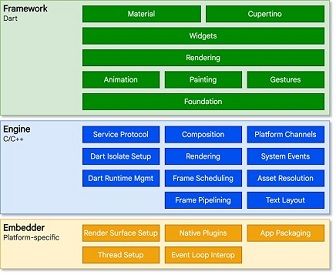 Change or update the UI without worrying about separate components.

Instead, change the variables, rendering the change across the UI. Their in-house app, Google Ads, is a good example.

Top Fintech apps like Cryptograph are also a prime example.

As you can see from these examples, the Flutter framework empowers complex creations. It also has room to scale easily in case you want to expand in the future.

So, if you have that business model in mind, Flutter is the top choice.

Developed by Nitobi as Cordova, it underwent rebranding after Adobe System took over in 2011.

Its compatibility exceeds iOS and Android by including Symbian, Blackberry, Windows, WebOS and more. But this also means lesser components and tools. 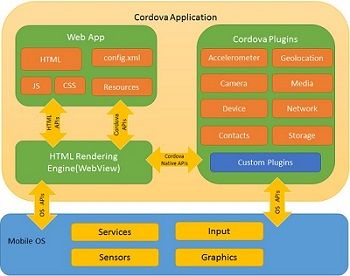 Using Cordova is about custom plugins that allow you to make the app native platform friendly on top of its basic code for Web and Mobile OS.

If you are wondering whether this is a good platform choice, look for the kind of plugins you want, especially if you want to access your phone’s other features in the app.

Since Cordova is a framework fore-father, many other frameworks use this for special plugins and another OS compatibility.

If your app needs to work on other small-time OS as well, you know this is the choice. Spark Chess and Untapped are some of the working examples.

Ionic is different from other frameworks because its script is written as a web app. We are talking JavaScript, HTML5 and all.

Your knowledge of basic languages will carry you a long way with Ionic. Their support for designs and layouts is also rich making it a top 5 choice. 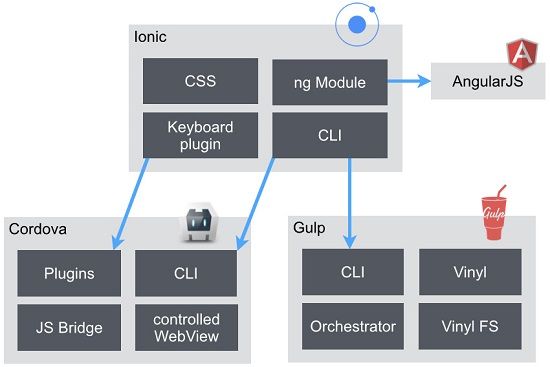 The lack of Plugins restricts Ionic but for that, it uses other frameworks like Cordova. One of their shared examples is Untapped. But the app has far developed these days. Ionic 4 and onwards are compatible with any front-end cross-platform frameworks now.

If you have an app to develop with an easy interface and need to access features outside the app, develop in Ionic. You can always wrap it up in other frameworks like AngularJS later.

If you thought Ionic was a different league, think again.

Xamarin takes a step further. Or should we say a step back?

This Microsoft, cross-platform mobile app framework uses a C# base. Think old school, C and C++ and .Net. No need to delve into a new computer language, you can begin coding already.

Xamarin is free, open-sourced and just as popular for WindowsOS as it is for Android and iOS. 75% of its code can be shared across platforms and the APIs have customizing functions for native platforms.

In other words, mobile apps for businesses that do not need many platform-based variations like simple listing apps or apps used to get updates can make Xamarin their first choice.

BBC’s GoodFood, Alaska Airlines and UPS are some of its prominent examples.

Compared to the past, mobile app development has gotten a whole lot easier.

But picking the right framework for the app has become difficult.

There are just too many choices in the market today. What we suggest is you look into the kind of app you want. Anything you want from edtech to food apps can be done.

Then again, you can also choose to build your app on the best frameworks like React Native without having to worry about other things like adding AI to your app.

Now that the decision is made, hop on a call and we will guide you through the development process.