It has only been a few years when Artificial Intelligence used to live only in the science fiction novels that inspired many Hollywood blockbusters. The hero would somehow emerge and save the world from the alien invasion. Nobody knew that slowly and steadily AI will slip from those papers or screens and look into our faces one day and say:

Artificial Intelligence is now real. It made inroads into our daily lives as those very friendly digital assistants and gradually seeped into all facets of technological transformation. It will continue to define the future of human technological progress for years unless another offshoot splits from it and throws another surprise.

It is said that it was actually in 2018 when AI officially became mainstream and found widespread acceptance by businesses and professionals across the spectrum. And since then, there’s no looking back. Technologies are getting morphed each day with many innovations breaking ground. 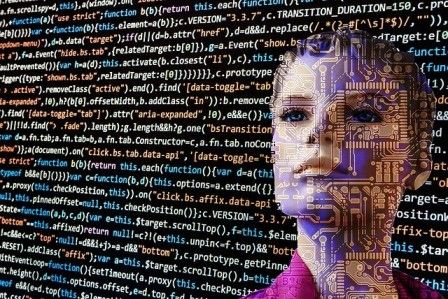 Wondering what’s the scope like? Let’s check out some figures!

The introduction of internet on-the-go has made the scope of AI virtually endless. In a report by PwC, it has been stated that AI holds the potential to contribute around $15.7 trillion to the world economy by 2030. The economies of China and the USA, recently locked in a brutal trade war that will hold the largest share of the pie. Organizations have realized that AI will have a huge impact on their efficiency and growth.

There has been a high level of interest shown in AI by both the businesses and science institutions lately. The acquiring of DeepMind by Google in $400 million is a loud testament to the mainstreaming of AI. In a study carried out by the Mckinsey Global Institute, it was stated that as many as $20-$30 billion were spent on AI by tech biggies like Google and Baidu in recent years. To add to the awe 90% of the above was pumped into the R&D and only 10% was used for AI acquisitions.

With so much buzz, if you are having even the slightest fear of being left out in the race, then relax! The Gartner 2018 CIO Survey, has some good news for you. It states that only 4% of the companies which it had surveyed had actually started using AI-powered solutions and for a large majority, things are still in the planning phases.

So, looking at the above statistics, one is curious to know about the changes that will take place by the union of the two most promising technologies of the future- the AI and Mobile Apps.

The future of mobile apps will be more interactive and intuitive. Mobiles have become the preferred mode of internet searches and mobile apps take a sizeable portion of the same. Integration of Artificial Intelligence into the Android App development will take the user experience to a completely new level. Many advanced features and roles like image labelling, text recognition, face recognition, scanning of barcodes and even landmark recognition will rise up. Apart from a smooth user experience, it will also be helpful in simplification of daily work.

How Exactly Can Mobile App Developers use AI?

A mobile app developer can play around with AI in multiple dimensions directed primarily at any one or all of the below three facets:

The Next Part of The Puzzle is How to Go About it?

Well briefly, it is your call. You may wish to pick a readymade offering from Google Cloud or may wish to try your hands on the customizations. Of course, the decision will also be guided by factors like how much effort you are willing to make depending on the use case. In case you opt for customizations here are a few ML frameworks which will be useful:

AI has the potential to empower apps to imitate human intelligence by enhancing accuracy and experience. It lends extraordinary functionalities to the apps which keep you ahead of your competitors. The future is already here and it will belong to the ones who will fearlessly embrace the change.  Any right move comes with a validity tag. The time is now and you cannot afford to miss it.

Illuminz team has already awakened to the rising realities of AI and have helped our clients see bright horizons. You can be the next one!