Clotaire Rapaille- A Glimpse Into The Genius’s Ingenious Marketing Ways

“They kept listening to what people said. This was always a mistake.”

Indeed, the people at Chrysler may’ve asked hundreds of questions from their potential buyers (consumers), but maybe not the right ones.

It was the late 1990s, and The Wrangler – The classic consumer Jeep, was struggling to regain its place in the American market. Once a winner in the SUV’s category, Jeep Wrangler was gradually replaced by bigger, more luxurious and heavy automobile options. And this made Chrysler reach crossroads and give Wrangler a major overhaul.

More luxurious, without removable doors, and so on; Chrysler wasn’t working with a clear path. The classic Jeep Wrangler needed change.

But what? And how?

Cloitare Rapaille began working with Chrysler in the 1990s, and was constantly questioned around his approach on learning consumer behavior. Chrysler had already done an extensive market research and therefore was understandably suspicious about his way of working.

“What is this guy going to give us that we don’t already have?”

So what approach did Rapaille take?

Clotaire Rapaille started putting groups of consumers together. He didn’t ask them what they wanted in a Jeep; he asked them to tell him their earliest memories of Jeeps.

They had stories about Jeeps roaring out in the open land, of touching places that no ordinary car could touch, riding freely, and so on; This is what people associated with the beast.

It was clear, the Code for Jeep in America was HORSE.

Horses don’t have soft leather seats, they have tough saddles. Clotaire did some minor changes with the design such as replacing the square headlights with round ones, installing removable doors and an open top to let the drivers feel the wind.

Turns out, the consumers didn’t want luxury, they wanted toughness. And that's how Wrangler’s sales rose and its new ‘face’ became its most prominent and marketable feature.

Chrysler had been working on the functionalities and not the feelings.They turned the Wrangler into just another SUV.

“SUVs are not horses.”

What do you think happened here?

The combination of experience and the emotion that followed, created an imprint. The stronger the emotion, the deeper its imprint.

This is what Clotaire called ‘Culture Code’.

Cultural code defines a set of images that are related to a particular set of stereotypes in our minds.

They had an image of a Jeep that gave them a sense of hope, a ray of light, reminding them of the end of difficult times and the dawn of golden days. And therefore, the Code for the Jeep Wrangler in both countries was LIBERATOR.

This is how code Culture Code works.

It is the unconscious meaning we apply to any given thing—a car, a type of food, a relationship, even a country—via the culture in which we are raised.

It is obvious to everyone that cultures are different from one another. What most consumers don’t realize, however, is that these differences actually lead to us processing the same information in multiple ways.

Ritz-Carlton is one of the leading chain of luxury hotels in the world. Right from its inception, Ritz-Carlton has brought notable innovations in the hospitality sector. Its continued success helped them carve a niche for themselves in the hospitality industry. But when Clotaire started consulting the company, they were struggling to provide better customer satisfaction. Rapaille suggested they begin with the…..bathroom.

Although it sounded hysterical, they let him work forward with the idea.

In this case too, he cracked the code. He went back into the psyche of the Americans. For an American child, once he can use the toilet by himself—or, more specifically, use the toilet and toilet paper by himself—a remarkable thing happens.

The child can now close the bathroom door, maybe even lock it, and reject his parents.

How is that connected to the problems faced by Ritz-Carlton?

For Ritz-Carlton, this meant a huge opportunity to cater to their guests in the one room of the house (or suite) that signifies complete privacy and independence.

Why not have a phone in the bathroom? A notepad and pen to take notes? Why stop there—why not make the bathroom comfortable, spacious, and independent of the hotel suite?

Merely functional, a bathroom is forgettable.

A bathroom that is a fully equipped and independent retreat from the world, however, is right on Code.

Quick recall - do you see anything common here?

Clotaire starts from the basics.

He realized that to understand your user, it’s important to comprehend the psyche of your audience.

Cortex is the seat of logic and reason,  limbic is the house of emotions. Camouflaged underneath those is Rapaille’s favorite – the reptilian – the layer supported by humans’ biological primal needs like sex, reproduction, and survival.

“So you have to discover the reptilian hot button, whatever you want to do – design an airplane, sell diamonds – what is the reptilian brain?”

But truly effective campaigns combines all three “Buy this paper towel to clean up a spill, reduce stress, and satisfy your maternal reptilian desire to relieve your son’s shame at making the spill in the first place!”.

Find out what the indigenous people’s earliest reptilian associations are with the place or person or a thing and that’s how you’d be able to crack the culture code.

Let’s look at another marketing breakthrough:

Nestle was struggling to carve a niche for itself in the Japanese market. Coffee could not compete with tea in the Japanese culture as it had such weak emotional resonance.

If Nestlé wanted to achieve any success in this market at all, they needed to start at the beginning. They needed to create an imprint for coffee, for the Japanese.

Armed with this information, Nestlé devised a new strategy. Rather than selling instant coffee to a country dedicated to tea, they created desserts for children infused with the flavor of coffee but without the caffeine. The younger generation embraced these desserts. Their first imprint of coffee was a very positive one, one they would carry throughout their lives.

The fact that the Japanese did not have a strong imprint for coffee while the Swiss (Nestlé is a Swiss company) obviously did make it clear that imprints vary from culture to culture. Clotaire somehow “decoded” the elements of culture to discover the emotions and meanings attached to them.

And that’s how Clotaire’s brain helped companies carve a niche for themselves.

The Culture Code offers the benefit of great new freedom gained from understanding why you act the way you do. However, seeing how we think as a culture, how we behave as a group in predictable patterns based on the survival kit we received at birth as Americans, or English, or French, or Indians, enables us to navigate our world with a vision we’ve heretofore lacked.

Why are you telling me this?

If you’re running a business or thinking to start, you’d need a strategy, you’d need planning, but do you think that’s enough? The only effective way of understanding what people truly mean is to ignore what they say.

Does this mean people lie intentionally or give wrong information?

They choose fabricated answers they believe the questioner wants to hear. Especially when asked directly.

This isn’t because they intend to mislead the questioner, it’s more like a reflex. This is because people respond to these questions with their cortexes, the parts of their brains that control intelligence rather than emotions or instincts.

That’s what you’ll do as well!

When asked a question, you’ll process it. When you deliver an answer, it’ll be a product of deliberation. You may think you’re telling the truth but that’s not what it is.

Let us give you an example:

A 19th century scientist Jean-Martin Charcot hypnotized a female patient, handed her an umbrella, and asked her to open it. After this, he slowly brought the woman out of her hypnotic state.

Even the most self-examining of us are rarely in close contact with our subconscious. We have little interaction with this powerful force that drives so many of our actions.  This is why polls and surveys are so often misleading and useless (hence the fabricated answers that  Chrysler received). They simply reflect what people say, rather than what they mean.

Conducting surveys and drafting research works is not a plan. It’s all about execution. Be it big or small enterprises, this is one measuring scale that evens the playing field. You could have the experts, investments, time and space to market your products and could still result in failure. That is because most of us forget what lies at marketing’s very core - its “consumers”. Not all consumers are created equal and how each one’s brain assesses things is a code that Dr. Clotaire Rapaille has been able to crack for many years.

The key to smart marketing is to engage different minds into thinking and wanting the same thing. It is to make one believe that they are making the right choice by  associating with a particular product.

The answers to humans, their preferences and its effect on the invariably proportional success is decoded by the French-born psychologist, anthropologist, and marketing guru Dr. G. Clotaire Rapaille. He talks about the human brain in detail and how it makes everyone so distinct and different. He is an expert on culture and context research and has studied how it affects every single element of various businesses. He has written more than fourteen books on how one’s background, learnings from early childhood and ethnicity influences business behaviors and communication.

Originally a child psychiatrist who worked with autistic children, this man has bridged the gap between theory and practical approaches. He has made several little discoveries of the brain's many functions and then applied the results to the brands marketing plans. He is the founder of ‘an unconscious code’ in the brain that connects with emotions and finally drives a person to or away from a product. He is a master at creating a mental connection between a brand and a person that results in likeability and finally sales.

His ideals, his perceptions and combined learnings

Rapaille was of the view that traditional marketing methods are too cortex. People have no idea why they do what they do and hence there are many limitations in traditional market research. His observation was simple- if you want to appeal to people you have to find a reptilian hot button. The process of making marketers understand a particular theory is challenging as they are hardwired to not try a contemporary way. However, his focus lies only on one thing- trying to understand and then to break the code.

The logic of emotion is different. And to use the correct emotions to communicate your message to the target audience is what smart marketing is all about. Understanding these different emotions or codes gives us unprecedented liberty over our lives. It lets us do business in a dramatically new way. The findings and applications of psychotherapy analysis conducted by Clotaire Rapaille reveals the hidden clues to understanding human behavior. It has brought about exceptional changes in the marketing ways for many brands making them notably successful. 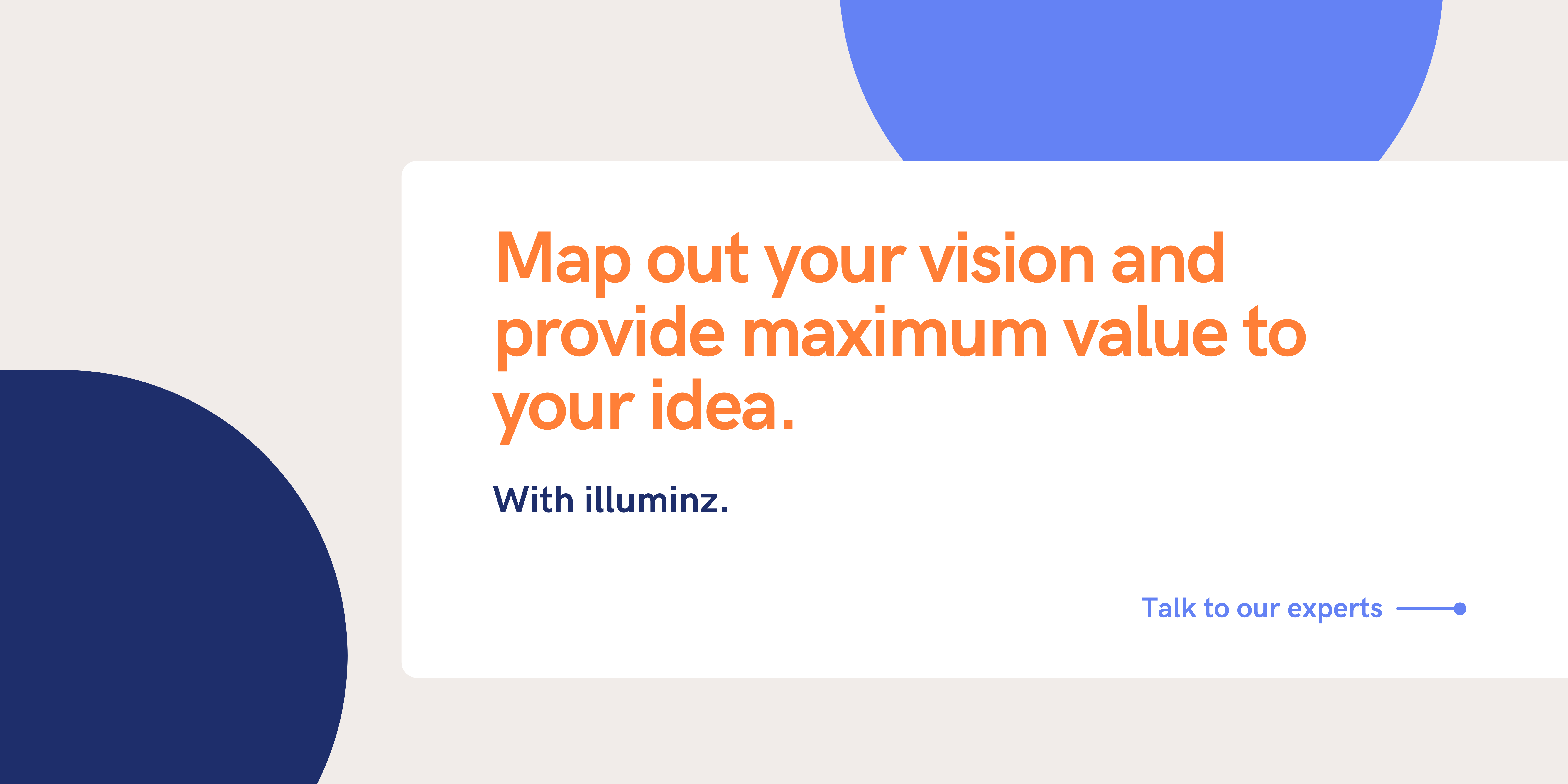